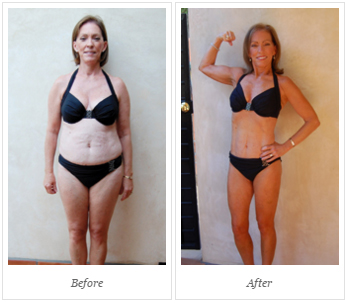 Joyce is a wife, mother and a breast cancer survivor. Diagnosed 10 years ago, she underwent surgery and treatment before spending the next two years under the watchful eye of a doctor.

“That was a big stressor,” admits Joyce, 65, of California. “Every time I went to the doctor I was worried about what else they were going to find.”  But, that elation of finally receiving a clean bill of health quickly turned to yet another worry as her youngest son was deployed to Iraq. Two years later, her oldest son was deployed, too.

“It is difficult to put into words how heavy my heart was every day while they were in harm’s way,” says Joyce. “I appeared cheerful while inside I was dying a little every day.” Thankfully, both of her sons are now home safe, but the stress resulted in extra weight creeping up on Joyce.

“I was ashamed of my body,” shares Joyce. “I used to get undressed in my closet with the lights off just so my husband couldn’t see me.” The time had come to finally focus on herself, after a 31-year-long career and raising her family.

Angela R. is a stay-at-home mom who was uncomfortable in her own skin and struggled to help her family financially through a down economy. Today, she feels amazing and her business with Isagenix is thriving.
Read More…
Angela R.

Breanna B. had been trying to lose weight since the fifth grade. You name it, she tried it: Weight Watchers, AdvoCare, cabbage soup diets, “heart-healthy” and low-fat diets, the Manotech diet, Lean Cuisine – but it wasn’t until Isagenix that she actually saw results 20 years later. Read More…

Isagenix Helps Aesthetician Transform Skin From Inside Out

Master Aesthetician and spa owner Carol knows a thing or two about skin care. When clients arrive at her New Mexico day spa, she can usually pinpoint what’s going on internally to produce some of the discomforts written across their faces.

Cat C. is a personal trainer and pilates instructor who was always able to eat whatever she wanted without worry of weight gain—until she hit menopause.

The 56-year-old says she experienced the dreaded belly fat that comes with aging, and joint pain when she would go for a run. After learning about Isagenix at a trade show, she and her husband decided to try cleansing together. Read More… 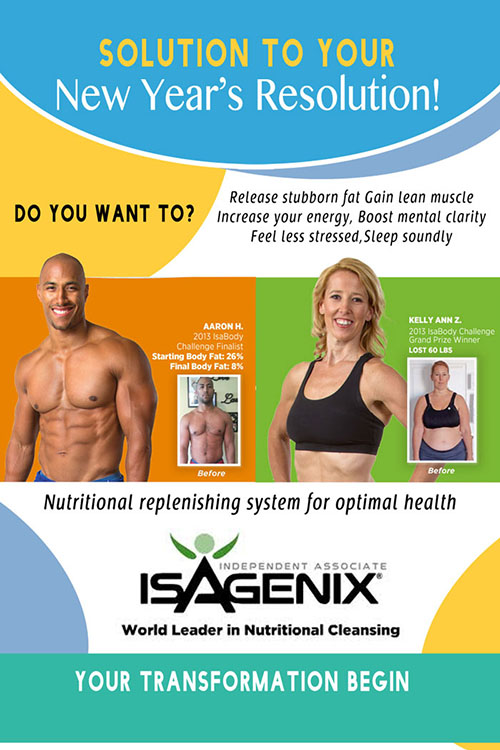